What Your Dog is Trying to Tell You

Words may be important for humans to communicate, but dogs convey emotions through body language and sounds. While your dog may seem to understand your words, especially if you've put in the effort to train them on simple commands such as sit, heel, and stay, you also need to work to understand and translate canine body language.

If your dog one day starts speaking to you, pull out your phone and take a video, and politely take to the celebrity status. Until then, expect subtle verbal cues for decoding canine body language. Dogs communicate with their physical presence; however, there are some sound signals you can rely on to interpret what they're thinking or feeling.

If a dog is calm, they may pant quietly. In fact, it may be so unnoticeable that you might classify it as light breathing. Dogs pant slightly when they are happy or energetic. If you ask your pup to take a walk with you, their breathing will become slightly heavier. Dogs also pant when they are nervous.

Heavy panting is something to pay close attention to. It's a sign that something could be seriously wrong with your dog. Dogs will pant when they are overheating or if they are suffering from a trauma or chronic illness. When you notice your dog panting, let them rest and try to keep them cool. If the panting persists for a long period of time, call your vet to schedule a check-up to ensure there are no underlying health conditions.

Whining is a difficult vocalization to identify. Vetstreet explains that whining may be a dog's way of "asking" for something, like attention or dinnertime. A dog may be excited or feeling energetic. Other dogs whine as a reaction to stress. An injured or ill dog may whine to express their discomfort. Like many of the other dog body language cues, it's important to look for other indicators to identify why your dog may be whining.

As you spend more time with your dog, you'll slowly start to pick up on different types of whining. Combined with body cues, some dogs will whine to try and get your attention because you're not focused on them. Other dogs may whine and go sit by the backdoor to let you know that they need to go relieve themselves (congrats on potty training your pup if this is your dog). Whining tends to have a negative connotation, but in this case, youd dog's whining is okay and can even be seen as cute. However, if your dog is whining with no subtle cues that they are happy or needs to go outside, there might be an underlying health concern for you to address. Because dogs cannot tell you what's wrong, it's best to bring them into the vet and have them checked out, just to be on the safe side.

Barking is a lot like yelling for humans. Your dog is trying to express themself, and the only way they can get their feelings out is by barking. Dog barks come in different pitches, and while some may be more menacing than others, it is always important to pay attention to a dog's barking. A continuous rapid barking is often an alert. Your dog may have noticed someone in his territory — like a postal worker — and they want to make their  housemates (and the other dogs in the neighborhood) aware, too. Loud, deep barks are often a warning to strangers: "Don't take a step closer, I don't trust you." Follow their advice and proceed cautiously. Finally, a yelping bark often comes from a dog that is injured. If you come across a dog that's yelping, call for help. They may need urgent care, but keep in mind that an injured dog might also be a cautious one, and therefore may not see your concern as an attempt to help but rather a danger signal.

Howling is similar to barking that dogs get from their wolf ancestral roots. It is a higher-pitched held out note to announce their presence as well as communicate with other dogs in the area. While it can be loud and annoying, it is just another form of communication for your dog.

No, your dog probably isn't the world's next great pop-star, but dogs can vocalize their barks in an almost singing manner. This is typically done when they are happy. It is not uncommon to find dogs that like to sing while you play the piano, tell you how happy they are when you get home, or let you know that they enjoy playing with you. This form of vocalization is just a way for them to let you know that they are in a good mood.

A dog's stance, and other body clues, are ways of alerting you of their emotional state. How are they holding their body? Are they  trying to make themself appear larger than they are? Do they seem to shrink closer to the ground when you approach?

If you're concerned that a dog may become aggressive toward you, and you're being cautious, watch their hair for movement. If you notice lifting of the hair on the back of their head, neck, or body (similar to a cat), he's communicating that they want you to keep your distance. They may be nervous or angry. It's their body's way of holding up a stop sign telling you that they do not feel comfortable with you or something else approaching. This cue may not be directed toward you; it can also be a subtle queue to you that there is impending danger nearby. Because dog's sense of smell and hearing are much greater than human's your dog might be alerted to something you might not notice, and he's trying to let you know to be cautious and keep a lookout.

A dog's tail is full of dog body language clues for you to decipher. Do you see a wagging tail? If so, your dog is likely happy or full of energy. Is it tucked in between their legs? Tucking is a sign of fear and may mean they are nervous. An alert, erect tail (also known as a pointed tail) means your dog is paying very careful attention. This stance is often a signal for hunting dogs that prey is close by and you should be quiet and approach carefully. It can also be a sign that your dog is trying to show dominance by taking up more physical space.

A dog's overall body stance will often alert you of theirfeelings or intentions. When a dog arches away from you, keeping their body close to the floor, they are being submissive to you or may be fearful. If you notice their muscles tightening, and they appear as if they're is trying to make themselves seem bigger than reality, this dog is trying to be alpha dog, and it might be better to let them relax before approaching.

If your dog is feeling calm, they'll also have a very relaxed body stance. Their four legs will be even on the ground, and you won't see any muscles strained. If they're comfortable with you and are experiencing no stressors, your dog may drop, back to the floor and belly to the sky, waiting to be petted.

A dog may also show his comfort level with you by trying to nuzzle you. This often is a sign that you need to pay more attention to them and he will root his nose under your hand saying "pet me, pet me."

Depending on the breed, expect variances with the shapes and sizes of heads. Some ears are long and droopy, others are short and erect. Regardless of how a dog's ears, eyes, or mouth looks, you can learn a lot about dog body language by watching the head for clues.

Head position can also be a sign that your dog is trying to understand you. Have you ever noticed that your dog will slightly tilt their head when you speak to him? This is often just a measure to better help them hear you, reports Vetstreet. Dogs are great at mirroring their pet parents, and their head tilt may be a signal that they empathize with you, are trying to better understand what you are saying, or just realize that it could lead to something good for them like a treat or a nice petting. Often the "head tilt" is just a signal that they are trying to understand you.

A calm dog has a slightly open, relaxed snout. Calm, happy dogs may even try to lick their pet parent. A dog with a closed mouth or clenched jaw is nervous. Here's another clue submissive dogs show: some will lick their lips and yawn. They do so as a physiological way to calm themselves, but it's an alert to you that the dog is under duress.

Dogs who show teeth do so as a warning that they sense danger and wants to protect themself or you. Proceed cautiously, or even disengage, with a dog that's snarling and baring his teeth.

Just like humans, facial expression is largely characterized by the eyes, and knowing a dog firsthand will help you more easily identify what emotions the eyes are conveying. That doesn't mean you can't rely on some dog body language clues to decipher what a dog's eyes are telling you. When a dog is relaxed and calm, their eyes will appear normally shaped. Eyes that appear larger than expected are a sign that the dog feels frightened or threatened. However, an aggressive dog's eyes may appear larger, so be sure to look for other dog body language signs. Dogs who aren't feeling well may squint or their eyes may appear droopy.

Ears down and back means your dog is being submissive, or that they are ready to be petted. But when ears are down and other body signals, such as bared teeth, are present, it could be a sign that your dog senses danger and is prepared to go into protect mode. When your dog's ears are up, it can mean multiple things. Ears up could simply mean your dog is paying close attention to something. For example, if your dog is napping, but there's activity in the room, you might notice your dog's ears becoming more erect, while nothing else changes in their body. In this case, they're simply listening to his environment to identify if they need to be concerned. If your dog is awake with erect ears and suddenly looks concentrated, but not on anything in particular, they're also listening. Ears up, erect, and tilted forward are a sign that your pet is stimulated and possibly aggressive.

If you have a dog with "up" ears, they may have one ear up and one ear down. This is just another casual ear position that he is listening, but not so intently that they are searching for something.

If you notice a significant change in your dog's body language indicators, such as heavy panting or droopy eyes, contact your veterinarian immediately. They could have experienced an injury or be suffering from an illness, and you want them treated as soon as possible. 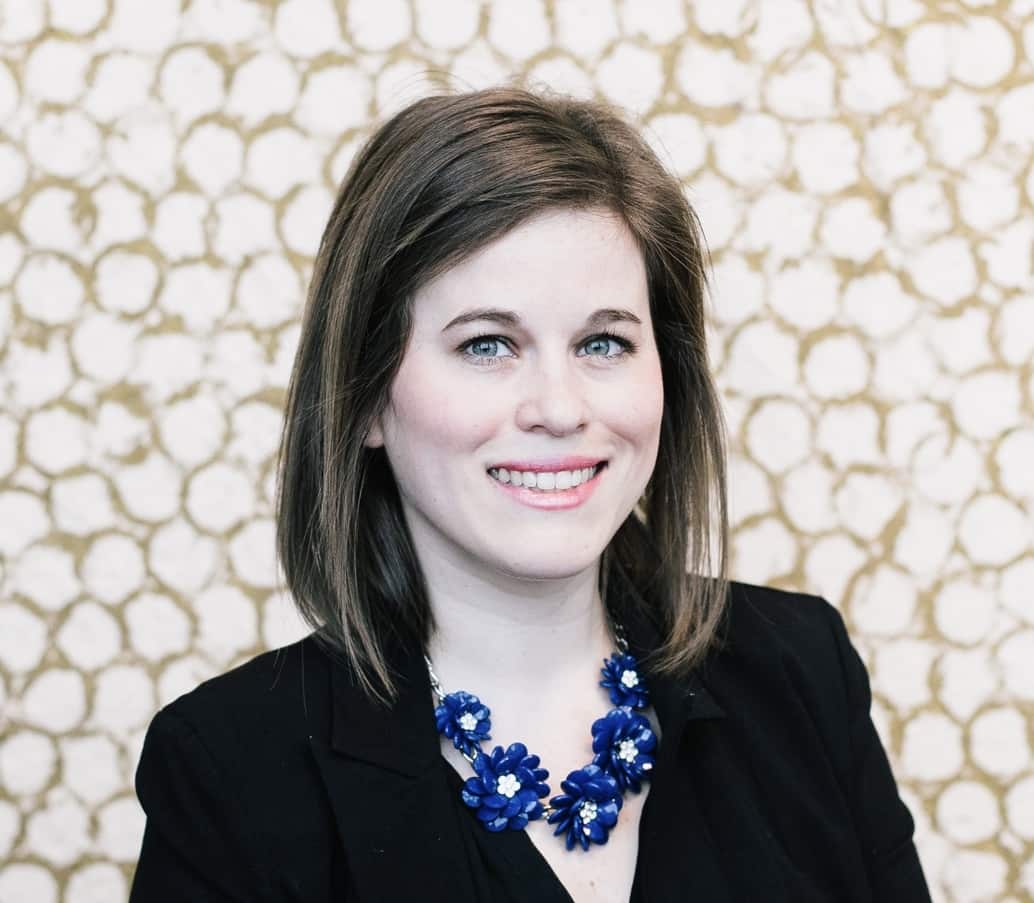 Erin Ollila is a pet enthusiast who believes in the power of words and how a message can inform, and even transform its intended audience. Her writing can be found all over the Internet and in print. Reach out to her on Twitter @ReinventingErin or learn more about her at http://erinollila.com.